The charm of the natural heritage of the Costa Brava

The Costa Brava designates the coastal area of Spain that begins in Blanes, and ends at the border with France in Portbou. Its great feature is the preservation of its natural and archaeological heritage despite a tourist boom.
However, besides the magnificent coastline and enchanting landscapes of the Empordà flatland, the surrounding region has gorgeous natural parks such as the Cape Creus, the Aiguamolls or the Illes Medes Montgrí–where you can see a wide variety of flora and fauna. They also have botanical gardens of great beauty located by the sea, such as the Santa Clotilde Gardens one in Lloret de Mar, located on a cliff or the  Cap Roig botanical garden between Palafrugell and Mont-ras, one of the Mediterranean most important garden of Europe;

And now, we let you discover 7 locations you must know if you want to see the natural heritage of the Costa Brava:

1. The steep profile of the Natural Park Cabo de Creus: 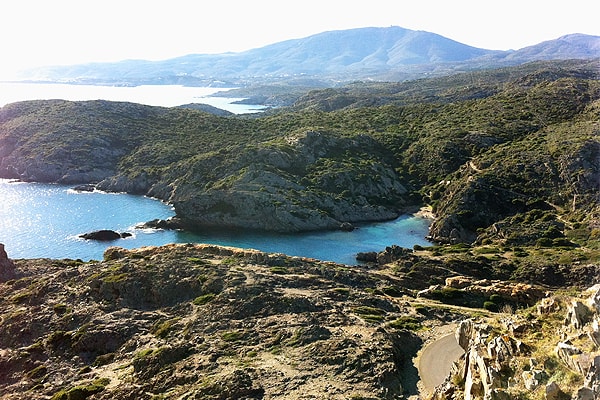 It is one of the most important natural areas of Catalonia. It is located around the landform of Cap de Creus, the easternmost point the Iberian Peninsula. It has the feature of hosting a land area and a marina. The space occupied by the park extends about 13,886 hectares and receives every year some 435,000 visitors. The strong winds that cross the zone, especially Tramuntana, and waves have shaped this part of the coast, forming a very steep profile. Throughout the country are sparse vegetation: trees are not very frequent, appearing spots of Aleppo pine and oak, and in smaller numbers, the oak but a very rich fauna. In fact, in the Park diverse ecosystems that give a variety of representative species they come together.

The cultural significance of the park:

The cultural environment of Cap de Creus is of first magnitude. In the towns surrounding the park, Cadaqués, Llançá, El Port de la Selva, Roses and others, visitors will discover a rich artistic and monumental heritage. In the vicinity there is also the important monastery of Sant Pere de Roda, whose origins date back to the Xth century. 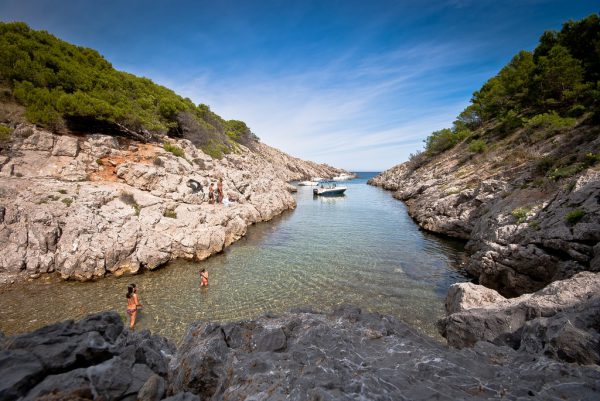 The Montgrí, Illes Medes i Baix Ter Natural Park encompasses the mountain massif of Montgrí, the archipelago of the Medes islands with its seabed of precious ecological value, and wetlands that form the Ter river emptying into the Bay of Pals.

History and legacy of the past:

The Montgrí massif is the great limestone formation that forms a natural border between Baix and Alt Emporda with an area of 2,300 hectares and consists of three mountains to the coast of Estartit, which include the Maura rock and Moratxa tower.

There are important cavities can visit paleolithic time as the Guarida del Duc, on the south side of the massif, 200 meters above sea level. It was inhabited some 300,000 years ago, because of a strategic position, sheltered from the winds from the north.

Apart from this cave, fifty more cavities located throughout the massif known. But the Middle Age has also left its mark on the region, with the Romanesque chapel of Santa Maria de Palau (XIII century), located on the slope of Sobrestany and today in ruins and the imposing castle of Montgrí, which began built in 1294 by order of Jaume II, but was left unfinished in 1301 by a confrontation with the county of Empúries.

On the other hand, in the eighteenth century hermitage of Santa Caterina it was founded and, on the way to the castle, you can find three chapels and stone-roofed dome half in ruins.

A rich fauna and flora that enable unique activities:

The Medes islands archipielago, located about one kilometer from the coast of Estartit, is the only marine reserve in the country. Its seabed is giving exceptional value to the Medes and converts them into a unique place in the Mediterranean, much appreciated by divers worldwide. In this background highlight the populations of algae, seagrass meadows, coral, several species of fish, crabs, starfish, etc.

To enjoy all the underwater wonders that reserve the Medes Islands, you can go diving or participate in a tour on a boat with transparent background. Scuba diving is regulated but can be done with own or boat through one of the dealers authorized centers, which also proposed commented marine routes, practicing slight dip (fins, mask and snorkel) or the underwater route (in group with previous theoretical session). 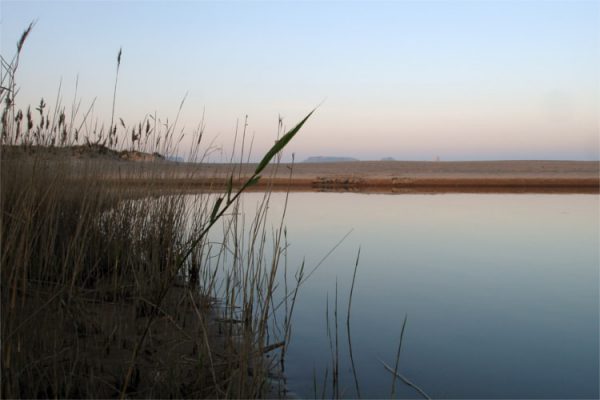 Les Basses d’en Coll is a protected natural area located in the town of Pals in the Baix Empordà. The area ranges from rice fields and wetlands to a coastal dunes in constant motion, changing the mouth of the river Ter and creating a unique ecosystem, with a variety of wildlife throughout the year.

A long tradition in the cultivation of rice and cereals:

Rice cultivation has a long tradition in Pals. The Arabs introduced rice cultivation on the peninsula in the s. IX, although it was not until 1452 when documents attesting Pals concession to build a rice mill and associated irrigation canals found. However, for health reasons, this crop was abandoned for many years and in 1894 an immigrant entrepreneur Torroella bought the farms to reintroduce.

Cereal, for growth, you need to permanently flooded and with a relatively high water temperature fields. These conditions are just offering them Basses d’en Coll during the growing season rice.

During the summer, the paddies shine bright green that together with the canals and riverside trees around them, and give an added value unique to this landscape.

It is noteworthy that runs a tourist train called ‘Xiulet Pals (‘ Pals Whistle ‘) who makes an entertaining route through the natural area, which includes a visit to the rice fifteenth century farmhouse.

Just across de les Basses, heading to the beach are dunes Pals, another natural element of great value to understand this ecosystem.

Browse this wonderful natural space surrounded Empordà plain, with the breathtaking mountains of Montgrí in the background as a backdrop, is one of the most exclusive activities that can be carried out on the Costa Brava. 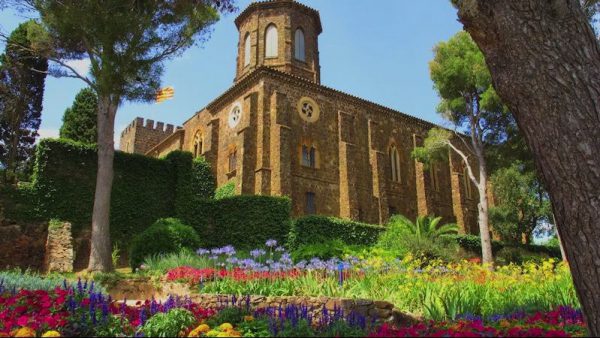 The Botanical Garden of Cap Roig also known as the Jardins de Cap Roig is a botanical garden located in the autonomous community of Catalonia and is considered one of the most important botanical gardens of the Mediterranean coast.

In 1927, a Russian colonel Nicolai Woevodsky lover drawing and architecture, and Dorothy Webster English aristocrat, fond of decoration, architecture and gardening, decided to establish the Costa Brava where to live.

Thus, between Palafrugell and Mont-ras (Girona), created this unique full of vegetation from around the world, with sculptures by artists such as Oteiza or Basterretxea and charming architecture space today.

Since 1969, “la Caixa” Welfare Projects is responsible for preserving this idyllic spot since it is a scenic and tourist reference of the Costa Brava.

In addition, the open-air auditorium annually hosts the Festival Cap Roig Gardens, one of the most interesting musical events of the summer that brings together artists from around the world. The geographical situation and its favorable orientation jardins sheltered from north winds, made with possessing a rich Mediterranean flora, exotic, tropical and subtropical.

This botanical garden has more than 500 botanical species.

5. The Marimurtra Botanical Garden, the best botanical garden of the Mediterranean coast:

The Marimurtra Botanical Garden is considered the best botanical garden of Mediterranean Europe with some 16 hectares. It is located in the town of Blanes (Gerona) near mountains and offers stunning views over the Mediterranean Sea.

More than 4,000 plant species reunited in a single garden:

The botanical garden Marimurtra is a stunning botanical garden with more than 4,000 species, dedicated primarily to the typical Mediterranean and subtropical flora. It has wonderful collections of cacti and other succulents from the arid regions of Africa, South and Central America, plus endemic plants of Catalonia. The garden, of steep topography, has a large pond and a long staircase that ends at the shrine of Linnaeus, from which a breathtaking view of the coast and the sea is mastered.

6. The Botanical Garden Pinya de Rosa, the largest botanical garden in the world:

The Pinya Rosa Botanical Garden is a botanical garden located in Blanes (Selva province of Gerona).

It was created by Dr. Industrial Engineer, who bought the building it is located in 1945, making planting all kinds of plants, getting from other private collections, of botanists, or nature itself.
The Botanical Garden Pinya de Rosa had more than 7,000 species of plants from around the world, all identified, classified and sorted by species. With the death of owner Fernando Riviére in 1992, they were losing all collections, of which copies are only loose almost all unidentified.
Among the collections considered the best in the world are those of aloes, agaves and cacti (Opuntia especially with more than 600 species). 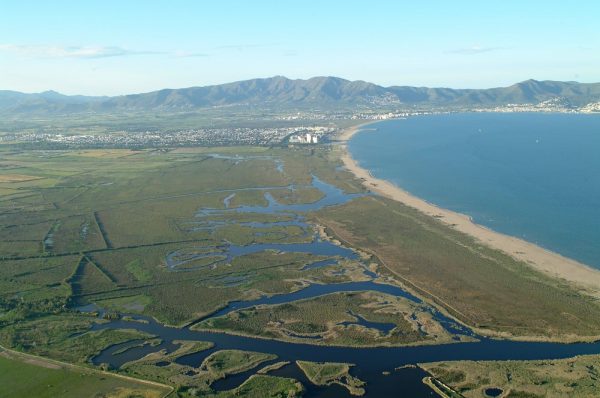 The Aiguamolls de l’Empordà Natural Park is a set of salt marshes generated at the end of the course of the river Muga and Fluvià. It is considered a Place of Natural Interest since 1083. The park covers an area of approximately 4730 hectares, of which 825 are strictly protected nature reserve comprehensive.
The park is located in the Upper Ampurdán and conform the municipalities of Castellón de Ampúrias, San Pedro Pescador, Palau-Saverdera, Perelada, Pau, PEDRET I MARZÀ, La Escala, Rosas and La Armentera. His main interest lies in the richness of flora and birdlife especially, especially immigration.

A space of coexistence between water, earth, human beings and nature:

It is a space of coexistence between water, earth, human beings and nature, leading to a number of different but interdependent ecosystems together: sea, beaches and coastal beaches, coastal brackish lagoons (locally known as Llaunes), fields and grass meadows, ponds and freshwater wetlands, rivers, streams and canals, fields, and small inhabited areas.

In a not too wide expanse, the park has several rooms next to each other: marshes with rushes or reeds, Salicornia, freshwater ponds, riparian forests, grasslands, Mediterranean scrub, beaches and shallow bays, and ancient rice paddies today day transformed into wet grass. The geographical location of the area makes the days of heavy migration has a large number of species and individuals, especially passerines.
The relief, almost flat, has facilitated the layout of a comfortable and accessible routes to any observer. The tours are around coastal lagoons, which are surrounded by reed beds, marshes and riparian forests and, in some places, in open areas with sparse vegetation height. Around the park are open Mediterranean mountains with forests of oak and scrub, with nesting species not present in the same park. Thus, in a fairly small space, you can see a great diversity of species. In addition, it is also one of the few places in the Iberian peninsula where you can spot species such as the Mediterranean and Balearic shearwater, the little crake, the red-throated pipit and red-footed falcon.
Thus, as the result of its natural beauty and cultural heritage, the Costa Brava is a place to get lost and found at the same time.

Come discover the delights of Costa Brava that transform it into a place of exclusive leisure and luxury, characterized by the natural beauty of its landscapes.