Do you find busy cities incredibly stimulating? Are you bored as soon as there is no more noise or nothing to entertain you? Then, maybe you should think about renting or purchasing an apartment in the hectic city of Barcelona.

According to the poet Samuel Johnson, “when a man is tired of London, he is tired of life; for there is in London all that life can afford”. With all the eclectic activities available in Barcelona, one could think this sentence could apply to the Catalan capital too, and one may be right.

Font Real Estate has various spectacular exclusive properties in Barcelona’s areas to offer you. If you choose to live in an apartment or a penthouse in the city, you can reach the best shopping areas, the best restaurants bars and clubs, and have access to the rich cultural offer of the city very easily. 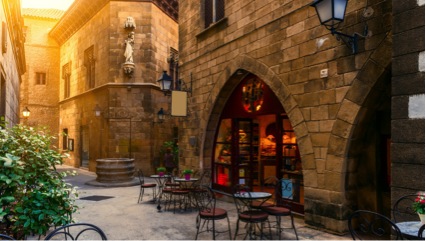 The gothic district is the historical center of the city. Restaurants, bars, art galleries, and small trendy boutiques are abundant in its narrow streets. Always lively, authentic in an architectural point of view, this neighborhood is at the same time touristy and local. Locals know some amazing places that have not been explored by tourists yet. It is the neighborhood of artists, street art is very rich there, and fairly stimulating for your imagination too.

If you are considering renting or purchasing an apartment or flat in the gothic neighborhood, you are guaranteed to never be bored!

However, if you are afraid it might be a bit too noisy for you, don’t worry, there is a solution to be in a quieter atmosphere without living Barcelona… 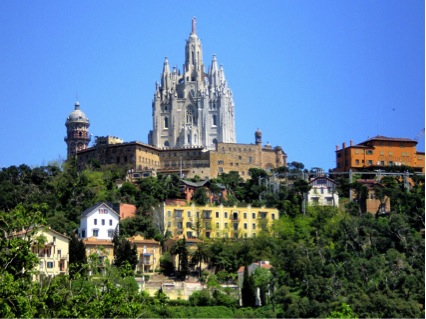 Sarrià-Sant Gervasi is one of the most privileged districts of Barcelona. It was the last independent village that was annexed to the city in 1921, and it kept its atmosphere and its green ways, giving its inhabitant a very high quality of life.

The area is mainly residential, but it hosts some of the most exclusive boutiques. This neighborhood is a good concession between the city and the countryside: you have access to restaurant, boutiques and bars while being in a quiet zone, far from the noisy city center. 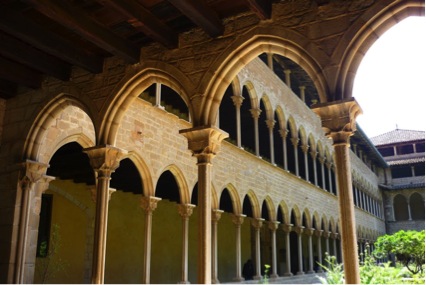 Pedralbes is one of the most peaceful and standing districts of Barcelona. Its nerve center is Pedralbes Santa Maria Royal Monastery, in which you can read: “Prop de la ciutat, però lluny del seu brogit” meaning “Near the city but far from its rumble” in Catalan.

This summarizes the atmosphere of this mainly residential district. The Avenida Pearsonis the most exclusive and valued street of Pedralbes.

Even though it is mainly residential, the district offers interesting activities to do. For example, a shopping center enable its inhabitants to go shopping, and organizes various exhibitions, children activities, fashion shows, and an ice skating rink is open during the coldest months of the year.

Also, the Reial Club de Tennis de Barcelona is located in this district.